Welcome to the Across The Floor Dance Center!

Dance is not a competition, it’s a passion.

Passion, Discipline, and the Pursuit of Excellence !!! 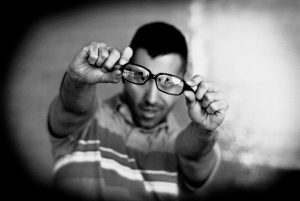 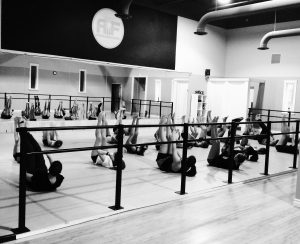 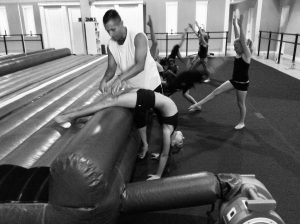 We are a modern, spacious facility with 2 large dance studios equipped with sprung floors. We offer a high standard of Technique-Passion-Respect for oneself and others and the Pursuit of Excellence . We believe in Growth-Honesty-Integrity and that all this may be achieved in a Positive- Loving-Family Environment . Come Across our Floor and let’s reach your potential together .

“The world is becoming increasingly competitive, doing well in school will no longer guarantee success. Creativity and character building will set your child ahead of the rest. Welcome To Across The Floor.”

Joe Perez hales from Chicago, Illinois, and began his professional dance career with the Empire State Ballet Co., (NY).  Joseph’s dance career has taken him across the United States, as well as performing internationally with various companies, including Disney (Tokyo Disneyland and DisneySea), and in the Canadian productions of “West Side Story” (Stratford Festival), “Don Quixote”, “Nixon in China” (COC), “Dance Legends”, “Sweet Charity” and “A Funny Thing Happened on the Way to the Forum” (Drayton Festival); “Evita” (Neptune Theatre), and “Rocky Horror Show” (Stage West Mississauga).   Some film/television credits include “Total Recall” (Assistant Choreographer), “Pompeii”; “The Strain”, “The Next Step”, “Bomb Girls”, “Hellcats”, and commercials for WalMart/Coca-Cola (Earn It), Staples (Back to School) and Canon.  Joe was one of the featured dancers for the PanAm 2015 Closing and ParaPanAm 2015 Opening Ceremonies in Toronto.

Throughout his professional dance career, Joe has had the opportunity to teach master classes in Hip-Hop, Jazz and Ballet in Detroit (Dance Dynamic and Sherry’s Performing Arts School), Buffalo (Clark Academy of Dance), and Columbia (SC) for Southern Strut. Many of his pieces have won top awards and he is well respected as a choreographer.  In Canada, he’s also taught in various studios (competition and repertoire) and has guest taught/choreographed in numerous Toronto-area dance studios. He is certified with USGF safety certificate and Canadian Association Gymnastics. He is also part of Acro Alliance and affiliated with 5 Star dance Company and World Performers Canada. He shares his joy and experience of dance at his own studio where he instills a passion to each of his students.

For the past 2 yrs, Joe also has been hired as choreographer and attendant on the audition panel of the World Performers Canada Team.

Joe continues to be a sought after adjudicator for many dance competitions, including MOVE, SHOCK Dance Challenge, FEVER, Candance, and more.

READ MORE ABOUT OUR TEACHERS

What our parents say

“Joe takes care of every child individually and knows each of their strength and their weaknesses and helps them to work on that. And its also great for conditioning, stretching and flexibility. There’s a lot of focus on actual technique and learning how to dance as opposed to just a show.”

“My daughter learned more acro moves here in 3 months than she did in 3 years in the recreation program at Oakville gymnastics. They also moved my daughter in a skills appropriate class unlike some other studios who just keep her at a level according to years of experience and not level of skill, gets my vote for 2 thumbs up.”

“Both my children attend ATF. They have learnt an incredible amount of technique in the last year, and have had great fun doing it. Great studio, great teachers. Definitely recommend highly!”

Fill in the Registration Form Online!

We believe that every dancer has potential. That through passion, discipline and the pursuit of excellence, every dancer will develop the skills and personal character needed to achieve great heights.

Any cookies that may not be particularly necessary for the website to function and is used specifically to collect user personal data via analytics, ads, other embedded contents are termed as non-necessary cookies. It is mandatory to procure user consent prior to running these cookies on your website.